The 25th Anniversary and Beaufort Bank Builds are progressing fast! Thanks to our wonderful volunteers  who give their time and talent to help our Family 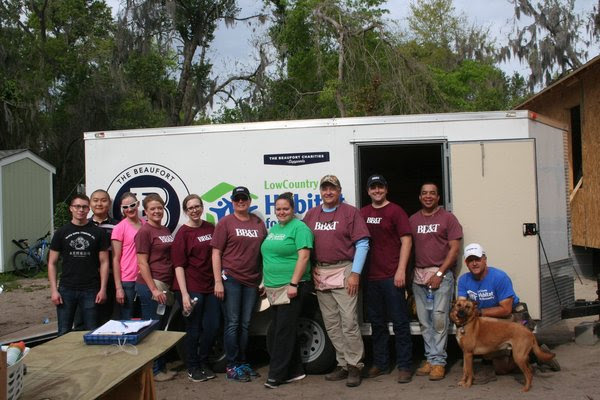 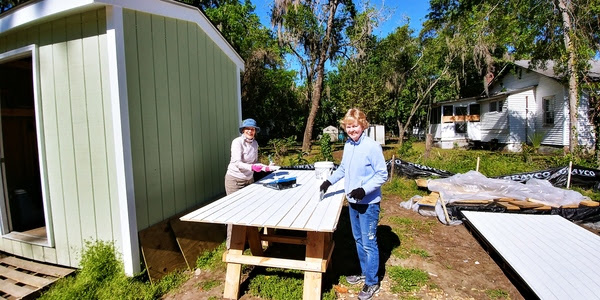 April 19, 2018. We love it when volunteers encourage friends to volunteer with LowCountry Habitat for Humanity! Thank you Anne, (left) who encouraged Sally, (right) to attend volunteer orientation on April 14th – and here she is at work on site at Greene Street just a few days later. Thank You Anne and Sally!
Photo by Michael Perry 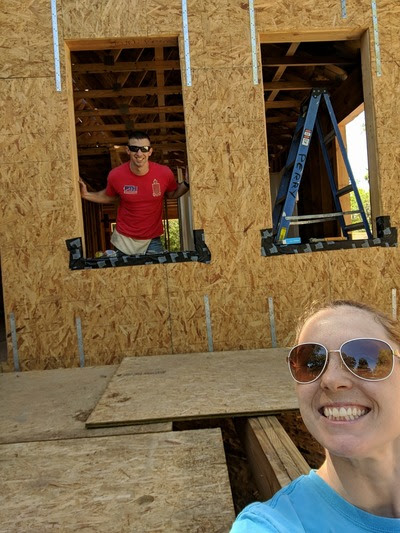 Ashley and Corey also attended the April volunteer orientation and they worked on the 25th Anniversary House the following Wednesday. From Ashley’s selfie below, it looks like they had fun! 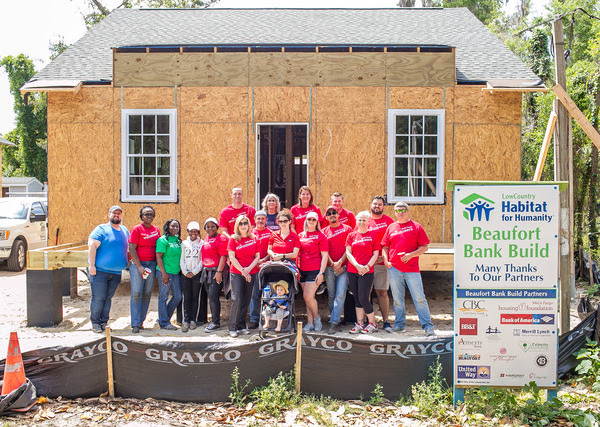 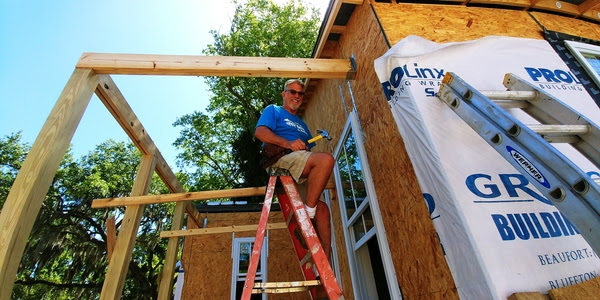 Wednesday, May 2. Volunteer Phil, at work and having fun on the Beaufort Bank Build.
Photo by Michael Perry.

The Beaufort Bank Build as at the end of the day on May 2.

LowCountry Habitat for Humanity thanks all our wonderful volunteers who are working on the 25th Anniversary and Beaufort Bank Builds. Every one of you is making a difference!

Sorry, the comment form is closed at this time.